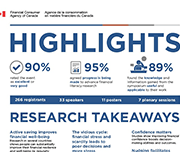 The Financial Consumer Agency of Canada (FCAC) co-hosted the 2018 National Research Symposium on Financial Literacy on November 26 and 27, 2018 at the University of Toronto, in partnership with Behavioural Economics in Action at Rotman (BEAR).

This report presents the key ideas and takeaways from the event, while shining a light on the research shaping new solutions designed to enhance financial well-being in Canada and around the world. 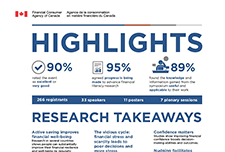 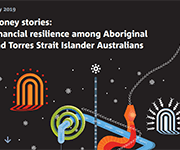 This report builds on previous work on financial resilience in Australia and represents the beginning of an exploration of the financial resilience of Aboriginal and Torres Strait Islander peoples. Overall, we found significant economic disparity between Indigenous and non-Indigenous Australians. This is not surprising, given the histories of land dispossession, stolen wages and the late entry of Indigenous Australians into free participation in the economy (it is only 50 years since the referendum to include Aboriginal and Torres Strait Islander peoples as members of the Australian population).

Severe financial stress is present for half the Indigenous population, compared with one in ten in the broader Australian population. Read the report to find out more about the financial barriers faced by Indigenous people in Australia, and the sharing economy in which money as a commodity can both help and hurt financial resilience. 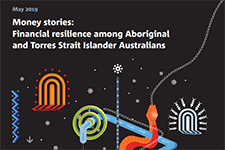