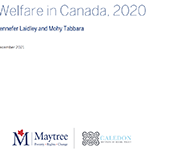 Maytree released the 2020 edition of the Welfare in Canada report. For each province and territory, this report provides data and analysis on the total welfare income that households receiving social assistance would have qualified for in 2020, including COVID-19 pandemic-related supports.

Welfare in Canada is a series that presents the total incomes of four example households who qualify for social assistance benefits in each of Canada’s provinces and territories in a given year.

The report looks at:

In addition, this year the report includes a new section that looks at the adequacy of welfare incomes in each province over time, an analysis that hearkens back to past reports prepared by the National Council of Welfare. Also, please note that this report measures the adequacy of welfare incomes relative to both the Market Basket Measure (MBM) – Canada’s Official Poverty Line – and the Deep Income Poverty threshold (MBM-DIP), which is equivalent to 75 per cent of the MBM. This analysis will replace the low-income threshold comparisons in future reports. We hope these additions will be helpful for those using the report.

In each jurisdiction, the total welfare income for which a household is eligible depends on its specific composition. For illustrative purposes, this resource focuses on the welfare incomes of four example household types: 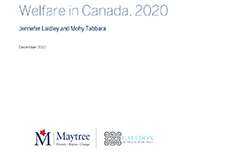 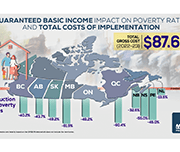 Several parliamentarians requested that the PBO prepare a distributional analysis of Guaranteed Basic Income using parameters set out in Ontario’s basic income pilot project, examine the impact across income quintiles, family types and gender, and identify the net federal revenue increase required to offset the net cost of the new program. This analysis also accounts for the behavioural response. 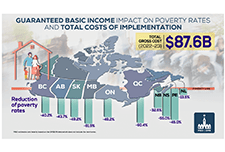 https://learninghub.prospercanada.org/wp-content/uploads/2021/04/OPB-NationalBasicIncomeAnalysis.png 152 225 Carrie Wong https://learninghub.prospercanada.org/wp-content/uploads/2018/01/Prosper_Canada_Hub_weblogo.png Carrie Wong2021-04-08 16:54:592021-04-08 16:54:59Distributional and Fiscal Analysis of a National Guaranteed Basic Income
Do NOT follow this link or you will be banned from the site! Scroll to top
Top