The Municipal Innovation Exchange (MIX) project team created this Toolkit to assist municipalities - individual line managers or project owners, or municipal strategic teams (like a Smart Cities Office) - that are contemplating or undertaking a procurement by means of innovation partnership.

Our cities and communities are where people live. It is here we see the effects of public policy and it is here where we will address the issues that matter most to Canadians. The choices made today will impact Canada’s recovery from COVID-19. If we want a future where our cities are thriving, we need to work together to achieve a collective community-based response. We are all in this together and it will take all of us in a community to find our way through.

If you are a community leader, such as a mayor, an elected official, a business leader, a community activist, or a concerned citizen, this guide was written for you. We created it to be accessible and easy to use, with five sections and links to resources throughout. 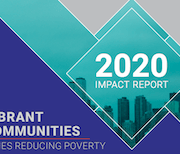 This impact report is meant for poverty reduction organizers and advocates, and public decision-makers to get a sense for how collaborative, multi-sectoral local roundtables with comprehensive plans contribute to poverty reduction in their communities and beyond; and spotlights high-impact initiatives that are demonstrating promising results. 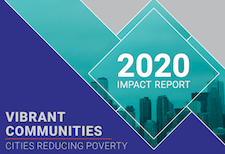 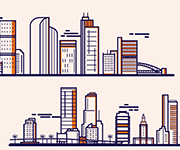 As the connection between financial capability and social mobility is made evident, both public and private actors are increasingly interrogating the drivers of personal financial health and investing in the innovation of products and services designed to improve the condition of economically vulnerable individuals.

This high-level scan of existing U.S. financial capability initiatives and the ways they fit together lends insight into the role that cities and their core institutions can play in promoting residents’ personal economic growth. This study, funded by JPMorgan Chase & Co. and executed by Urbane Development (UD), leverages
primary and secondary research to explore features of the broad range of programs and policy efforts that make up the financial capability landscape of the U.S. This examination focuses particularly on programs deployed by and within municipalities. 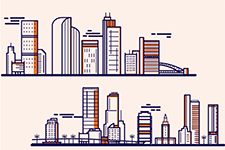 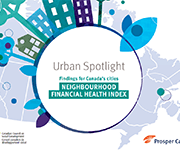 This report examines the financial health and vulnerability of households in Canada’s 35 largest cities, using a new composite index of household financial health at the neighbourhood level, the Neighbourhood Financial Health Index or NFHI. The NFHI is designed to shine a light on the dynamics underlying national trends, taking a closer look at what is happening at the provincial/territorial, community and neighbourhood levels. 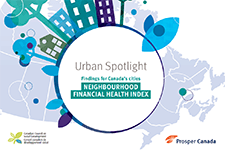 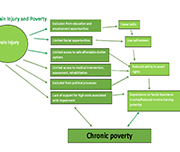 Across Canada, homelessness has always existed but with the creation of statistical reporting across the country the awareness of the pressure this puts on Canadian society is more apparent. The statistics on homelessness are staggering and understanding the path to homelessness, included by those who have experienced brain injury, is a critical piece in the prevention strategies that must be implemented in order to solve the issues.

In 2018 the Brain Injury Society of Toronto (BIST) received Ontario Trillium Seed Grant funding for a Homelessness Prevention Coordinator (HPC) whose role was to assist individuals with cognitive disabilities with housing issues. This report discusses the current homeless crisis and its relation to the findings of this project. 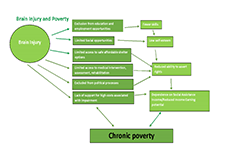 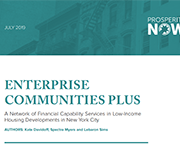 In early 2018, Enterprise Community Partners (Enterprise) began a pilot program, Enterprise Community Plus (EC+), to provide financial capability services to residents in two neighborhoods in New York City. Enterprise is a nonprofit housing developer seeking to create opportunity for low- and moderate-income people through affordable housing in diverse, thriving communities. The pilot program seeks to develop a network of service providers dedicated to supporting the housing developments and introduce rent reporting for credit building and matched savings accounts to residents. Prosperity Now joined the implementation process in May 2018.

In this brief, we provide some initial information on the participants that currently are enrolled in the program and some lessons learned to guide other organizations in their efforts to provide financial capability services into housing programs. 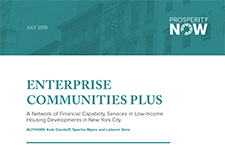 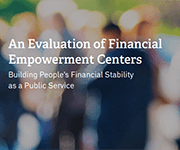 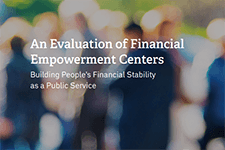 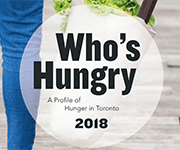 The Who’s Hungry Report provides quantitative and qualitative data about the experience of hunger and poverty in Toronto. To create the reports, trained volunteers conduct face-to-face interviews with over 1,400 food bank clients at nearly 40 member agencies, collecting demographic data as well as information about the day-to-day experience of living with hunger. 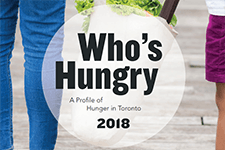 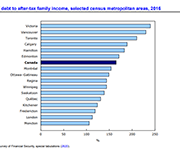 Understanding the health of the balance sheets of Canadian households is a complex issue that continues to generate considerable discussion. A new Statistics Canada study contributes to these discussions by highlighting the extent to which national measures of indebtedness and wealth mask significant variation across the country. The study is largely based on results from the 2016 Survey of Financial Security (SFS), which allow for a detailed profile by census metropolitan area (CMA) and by income groups. 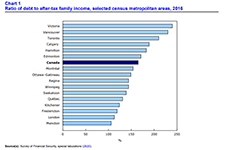 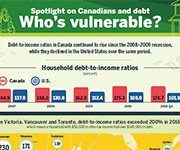 Debt-to-income ratios in Canada have continue to rise since the 2008-2009 recession, especially in urban centres where housing prices have increased over the last few years.

This infographic from Statistics Canada shows where debt-to-income ratios are highest across Canada. 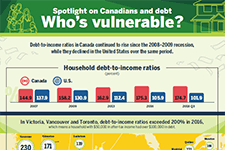 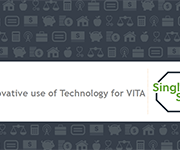 In this presentation, German Tejeda, National Director of Financial Programs, Single Stop USA, shares results from the Virtual VITA Program in the United States since 2012.

This presentation is from the session 'Innovations in tax filing assistance', at the tax research symposium hosted by Prosper Canada and Intuit, February 7, 2019, in Ottawa.

View all presentations from this event here. 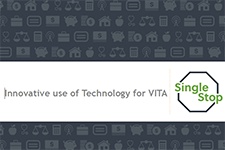 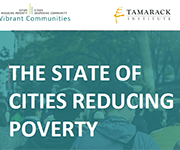 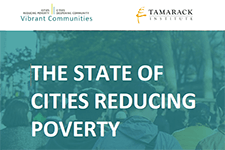 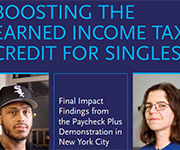 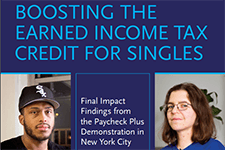 
Building savings is a fundamental strategy for empowering individuals and families with low incomes. Even relatively small amounts of savings can serve as a buffer against inevitable financial shocks that can otherwise undermine social service efforts and successes – and short-term savings offer realistic first steps toward building longer-term savings and acquiring assets.

The CFE Fund conducted a research pilot at municipal Financial Empowerment Centers to better understand how clients are saving, and inform new savings indicators for financial counseling success. This report explains the insights of this research pilot, and client outcomes in savings and goal setting.

The statistics and stories in this report tell a painful truth about British Columbia
We like to think of ourselves as a caring, civilized society, but in fact we have
been tolerating and sustaining shameful levels of child and family poverty for
decade